Why Hasn’t Joe Biden Forgiven All Your Student Loan Debt? Short Answer: He Never Promised To

Why Hasn’t Joe Biden Forgiven All Your Student Loan Debt? Short Answer: He Never Promised To

In town halls and in tweets, across state lines and in televised events, President Joe Biden had a consistent message for student loan borrowers while he was campaigning: He was going to help lift the burden of student loans. In fact, offering some student loan forgiveness was a cornerstone of his campaign.

Yet the details around what precisely Biden promised on loan forgiveness are often misunderstood, with borrowers frequently taking to social media to complain that their debts haven’t yet been wiped out.

And now that we’re a year into his presidency, debt forgiveness has been absent from both the pandemic relief bill passed in and more recent legislative plans backed by the administration. Many are wondering whether borrowers will see widespread loan cancellation under the current administration at all.

Here’s a look at what Biden actually said he wanted to do, and what he has accomplished so far when it comes to providing student loan relief.

What Biden promised to do around student loan forgiveness

Progressive Democrats (including Sen. Elizabeth Warren, Senate Majority Leader Chuck Schumer, Rep. Alexandria Ocasio-Cortez and Rep. Ayanna Pressley) have proposed a few ideas for helping student loan borrowers, some of which Biden publicly backed while he was running for president. But Biden has never signed on to the more expansive calls from some progressives to eliminate all student debt or wipe out at least $50,000 per borrower.

We should forgive a minimum of $10,000/person of federal student loans, as proposed by Senator Warren and colleagues, Biden tweeted on . Young people and other student debt holders bore the brunt of the last crisis. It shouldn’t happen again.

The following month, Biden published a piece on Medium outlining the policies he said he believed were necessary to help Americans during the COVID-19 pandemic and beyond. One such policy included a proposal to immediately cancel a minimum of $10,000 of student debt per person. And at a town hall one month before the 2020 election, he doubled down on his goal to make sure everybody…gets $10,000 knocked off of their student debt.

The problem? It’s unlikely a bill to award widespread forgiveness would actually make it to Biden’s desk given the current Congress. Even Democrats have varying stances on forgiveness.

So if Congress were to bring a bill to his desk that proposed canceling $10,000 in debt, he’s indicated that he would sign it, Dimino says. But it doesn’t seem likely that it would move in this Congress, given the dynamics at play.

That’s not a route that Biden has expressed much interest in pursuing or confidence that he has the legal authority to do it, Dimino visit web-site says.

For one, there isn’t a clear, legal consensus that he can. And his actions to date – namely, the targeted approach to forgiveness for specific groups of borrowers – doesn’t necessarily give the indication that he’d pursue executive action. 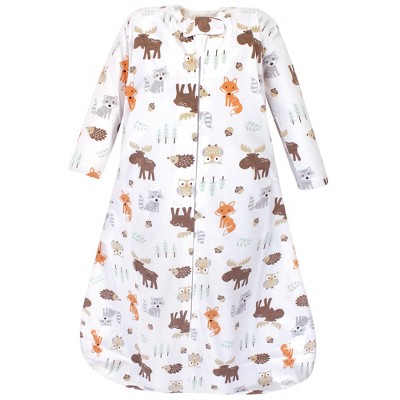 So what, exactly, have those targeted efforts involved? So far, the Biden administration has canceled roughly $13 billion in student loans for over 600,000 borrowers.

In addition to canceling debt, Biden’s Education Department issued a temporary waiver to relax the rules for Public Service Loan Forgiveness, which should help many borrowers qualify to have their loans discharged earlier. The administration has also extended the pandemic-era pause on federal student loan payments three times. It is now set to expire on May 1.

Student loan forgiveness is just one piece of the puzzle

Loan forgiveness is an important tool for tackling the student loan crisis, but it’s certainly not the only one. The Education Department has also worked on improving income-driven repayment options currently available to borrowers and has proposed a fifth program, though details are limited for now.

Still, focusing on student debt, and particularly loan forgiveness, is what Dimino refers to as a back-end approach to college affordability, as it helps those who have already borrowed money to attend school.

There’s no doubt that it provides tremendous relief, especially to borrowers who didn’t complete college or have high need after they graduate, she said. But at the same time, forgiving debt would only look at one side of the problem.

On the front end, Dimino said that the administration also needs to set up future students for financial success once they complete a degree. That includes making sure tuition is affordable and students are earning degrees that have real value in the labor market.

And that’s what Biden will likely focus on in the coming year. Free community college was one proposal that didn’t make it into the (now stalled) Build Back Better plan, but it’s something Dimino said the president has expressed a desire to push through during his term. There are other proposals in the works, too, such as putting aside funding for college retention and completion efforts to help ensure that students who enter college are actually making it across the finish line.

Though many borrower advocates are still pushing for a widespread forgiveness program, Dimino said it’s important to recognize what’s been accomplished so far.

A lot of conversations focusing exclusively on forgiveness can sometimes overlook that, objectively, the Biden administration has been really student- and borrower-first.